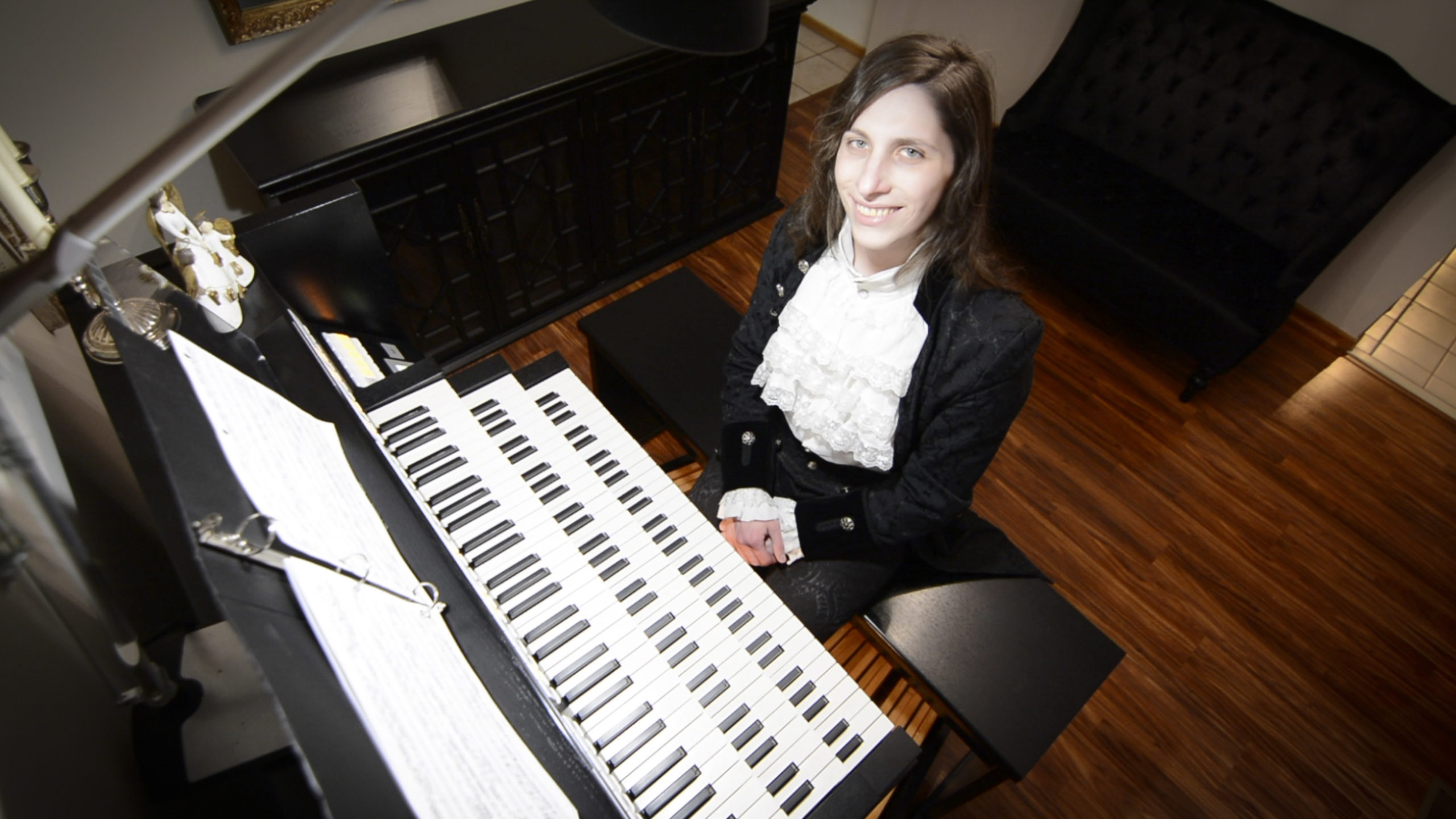 Before their first organ lessons ever, with Dr. Alexandre Rachid at UFRJ, in order to do something about the complete absence of instrumental music at mass in the church they attended, and having always been passionate and interested in playing what they consider to be the authentic liturgical instrument, Kris decided to volunteer as an organist at St. Joseph’s Catholic Church in Lagoa in 2007. In December 2008 Rizzotto became organist at Our Lady of Glory Catholic Church in Largo do Machado. On fall 2009 Kris spent an exchange semester at East Carolina University under the instruction of Andrew Scanlon, sponsored by the Brazilian Ministry of Education. Back in Rio in 2010 to graduate, they were nominated the organist of the city’s famous Benedictine Abbey, owner of one of the oldest organs in South America and a tourist hub for its solemn Latin chant and organ masses.

Kris returned to ECU in August 2011 for the Master’s degree program in Sacred Music/Organ (MM), and also started playing for the First United Methodist Church in Washington, NC, at that time. The 11 AM Service was broadcast live each Sunday on 98.9 FM, WNBR.

Kris was awarded the Richard VanSciver Church Music Scholarship on a competition promoted by the Metropolitan Music Ministries in Charlotte, NC, in March 2012. They were also awarded the Ona and E. Franck Ruble Scholarship from the United Methodist Church. Kris achieved the Service Playing Certificate (SPC) from the American Guild of Organists in June 2012.

Rizzotto also studied conducting, harpsichord, and composition at ECU. Their functions as a Graduate Assistant nominated them the piano & organ accompanist of the St. Cecilia Singers women’s choir, accompanist for the Vocal Department, and a Recording Tech for the Fletcher Music Center, which included recording and editing concerts on CD and DVD, and live broadcasting them online. In 2012, they became a member of the ECU Chamber Singers, which toured the state of North Carolina on Spring 2012. Kris graduated from ECU in May 2013.

Kris holds a Doctor of Musical Arts degree (DMA) from The American Organ Institute at the University of Oklahoma, where they studied under Dr. John Schwandt, and worked at the AOI organ shop for three years restoring various instruments, a unique program in the country. Kris was Director of Music and Organist at the Assumption of the Blessed Virgin Mary Catholic Church in Duncan, OK, between August 2013 and July 2016. 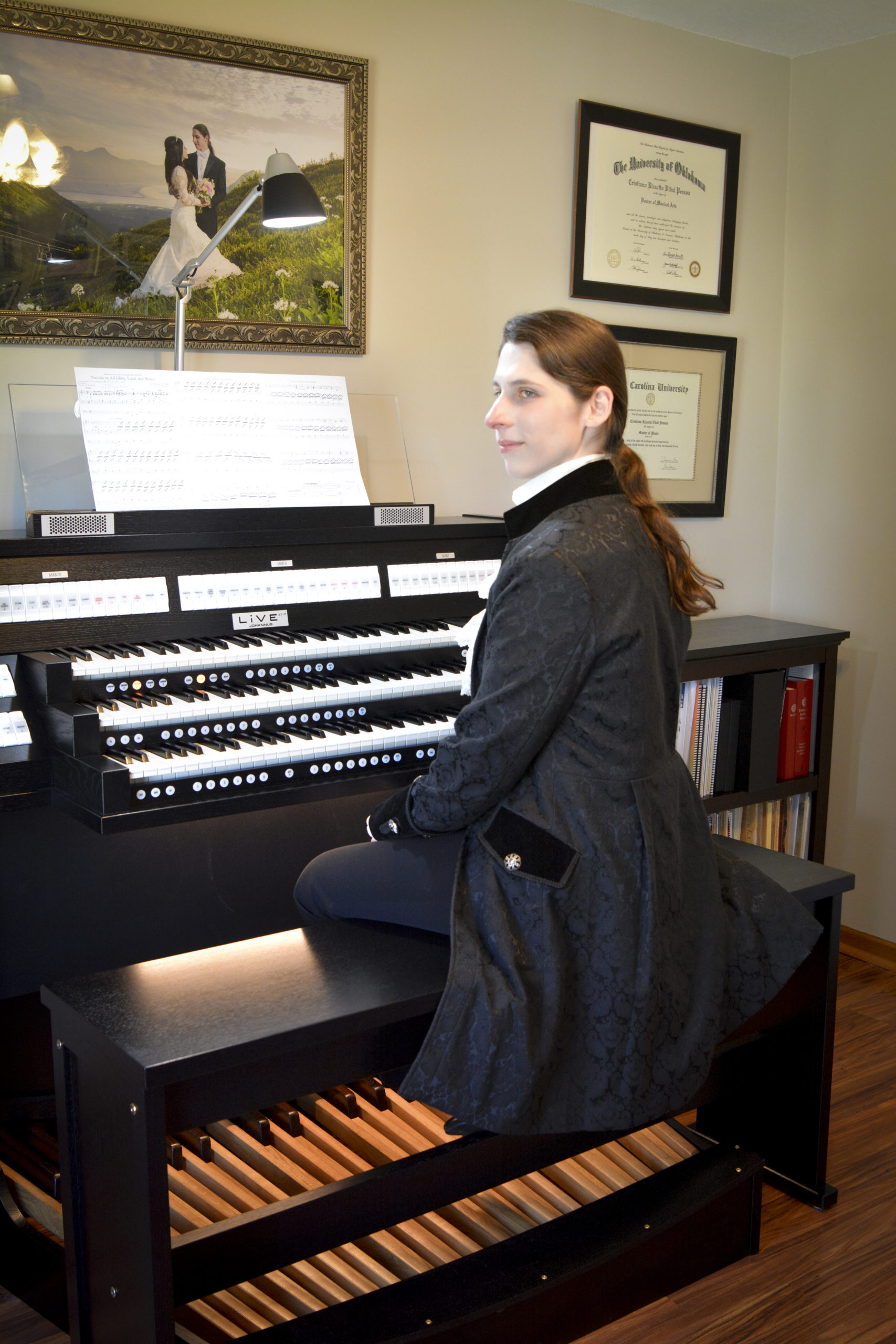 From July 2016 to January 2020 Dr. Rizzotto was the Organist & Choirmaster at Good Shepherd Catholic Church in Golden Valley, Twin Cities, Minnesota. In 2017 Kris created and directed the Good Shepherd International Concert Series, which between then and 2019 hosted recitalists from nine countries. During their time at Good Shepherd Kris wrote responsorial psalms for almost the entire three-year cycle and also produced several recordings with the Good Shepherd Choir. Dr. Rizzotto was named a member of The Diapason‘s 20 Under 30 Class of 2017, which recognizes young leaders in the fields of organ, harpsichord, carillon, and church music.

In January 2020 Dr. Rizzotto accepted the offer to become Director of Music at Lake of the Isles Lutheran Church in Minneapolis. They became a published composer after Toccata was released by Wayne Leupold Editions in 2014. Kris is now a self-published composer with a special interest in writing Gebrauchsmusik for the church – sacred music composed specifically for use in worship but that can also work as concert repertoire. Notable examples include Trio on Wie schön leuchtet der Morgenstern and Pastorale on Amazing Grace.

Dr. Rizzotto’s YouTube channel features over 350 organ, piano, and choral recordings, which have been watched over 2 million times.

Kris and Dr. Clara Rizzotto married in Alaska in 2015 and are now the proud parents of Kristian Walter, born in June 2017.

Kris is a transgender woman who politely asks you to refer to them using they/them or she/her pronouns or simply her name. 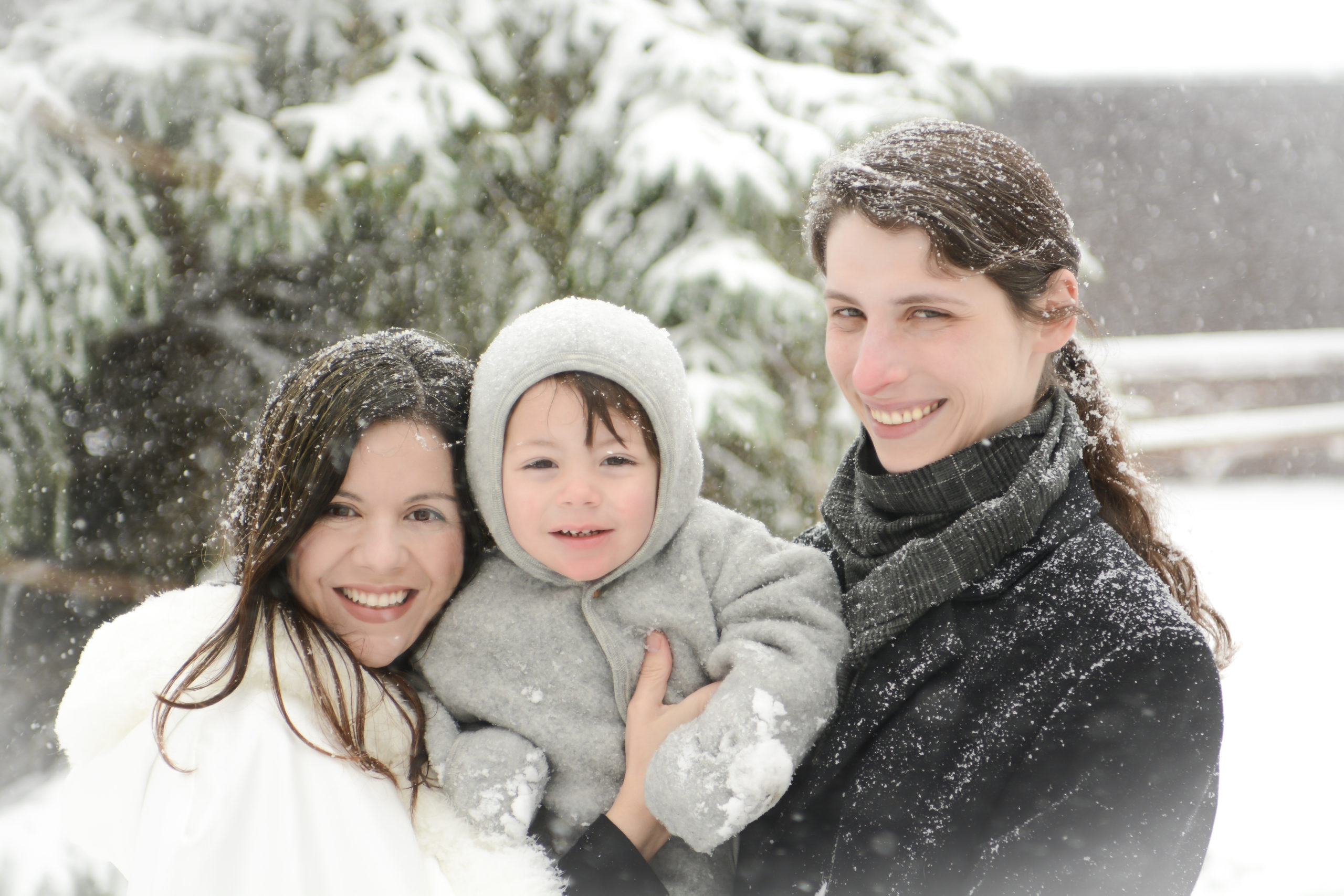